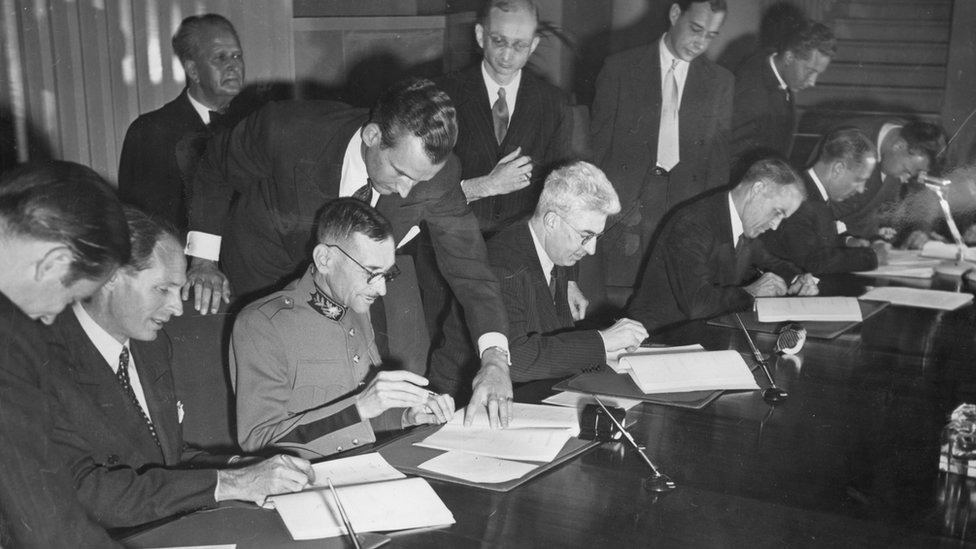 As one of the oldest and most widespread forms of international relations, war has long occupied a central position within the academic discipline. It has been essential to the creation, character, and progress of states and societies, and the use of force remains pervasive in modern world politics. As Shane Brighton notes, “little in social and political life goes untouched by war.” This article will critically evaluate the conventional disciplinary understanding of war, arguing that while the state-centric view may benefit policymakers, its narrow focus on strategy and power obscures human bodies and experiences. I will begin with a discussion of security studies and the roots of the conventional understanding of war, discuss the strengths and weaknesses of this understanding, and conclude by outlining the wider disciplinary implications of incorporating human experiences into analyses of war.

War and the International

Carl von Clausewitz, a 19th century Prussian general known for his theories of war and conflict, characterized war as a continuation of inter-state politics by other means. This conception of war as an extension of politics is the predominant contemporary view. War and the use of military force are seen as policy choices that can be rational, leading one to enquire when it is in the state’s interest to pursue this policy.

Security studies, a subdiscipline of IR, seeks to answer that question. In his 1991 paper “The Renaissance of Security Studies,” Stephen M. Walt identifies the crux of security studies to be, “the phenomenon of war”, specifically the, “threat, use and control of military force.” Walt’s focus is on the strategic aspect of war; security studies is concerned with achieving the most effective use of force. A direct consequence of this strategic emphasis is a focus on states, particularly those with significant military power, which are largely wealthy Western nations. Security studies thereby plays a key role in perpetuating IR’s Anglo-American state-centric focus.

The Case for Convention

The strength of the conventional understanding of war rests in the type of scholarship it facilitates. Like neorealism, security studies presumes an “independent reality…directly accessible both to statesmen and to analysts.” Drawing on rational choice theory gives rise to fixed, predetermined identities and interests, simplifying the object of inquiry. Security studies’ narrow, strategy-focused conception of war thus reduces multifaceted processes to classifiable forms and theories, framing the act of war as a manipulable variable in an equation yielding gains or losses to security.

The parsimony of this method makes it useful to academics, who seek to simplify complex real-world phenomena to generalizable theories and equations. It also makes it useful to policymakers, who can draw on so-called objective theories to ascertain whether a certain military policy will fulfill a state’s objectives. Even critics of this method concede the occasional utility in being “able to analyze the world of the policy-makers.”

One application of this conventional understanding of war is Kenneth Waltz’s argument against US intervention in Vietnam. Waltz’s argument was based on a state-centric, strategy-based conception of war as an extension of politics. Specifically, he argued that the potential gains to American security in Vietnam were disproportionately lower than the costs. He dismissed concerns over China’s rise a communist power as overstating the potential of the Chinese population. Instead, he stated that it was Washington’s “surplus of [global] power” that resulted in its capitulation to irrational “national impulses,” ignoring its security interests.

Cracks in the Conventional Understanding

The conventional neorealist view of war narrowly focuses on state actors, politics, and military strategy, disregarding the social and cultural experiences of war. Analyzing the military strategy surrounding war is different from studying the overall nature and character of war.

Crucially, as Tarak Barkawi highlights, Clausewitz’s analysis does in fact account for war’s socially generative aspects. The conventional understanding of war stems from a selective reading of Clausewitz’s work, but interactions between Clausewitz’s trinity of government, army, and people will always be variable and cannot be fixed or assumed. Alan Beyerchen’s interpretation of Clausewitz argues that policy forms only one component of the larger system of war, which is fundamentally nonlinear and irrational. This nonlinearity renders war dynamic and unpredictable, calling into question its characterization as a rational policy instrument. Interestingly, while Clausewitz is frequently cited as portraying war as a rational policy instrument, the original German verstand translates more accurately to reason (i.e., intellect) rather than rationality. The phrases “rational policy instrument” and “reasonable policy instrument” have considerably differing implications. The latter suggests significantly more subjectivity, compared with the former’s objectivity and connotations to realist and liberal theory.

Accordingly, Barkawi terms the conventional approach a “strategic appropriation” of war. Rather than a mere extension of politics, he argues that war represents a series of reciprocal social relations affecting entire communities and cultures, thereby shaping identity.  The Sri Lankan War provides an ideal example of this: in addition to producing newly polarized identities of the majority Sinhalese Buddhists and minority Tamil Hindus, involvement in the war generated a new gendered identity for Tamil women while also creating a global Tamil diaspora experiencing its own set of socio-political connections. The conventional understanding cannot account for these events given its fixation with a top-down policymaker perspective; its “black box” study of war obscures these social processes.

Building on Barkawi’s argument, Christine Sylvester advocates a bottom-up approach to studying war centered on human experiences and the body as a unit of analysis. Not only does the body as an actor possess agency in war, but is also a primary target of violence. Injury is central to war – as Elaine Scarry states, “reciprocal injuring is the obsessive content of war”— yet the conventional instrumentalist understanding views this as a corollary rather than a key objective of war, obscuring the brutal realities of combat. Karin Marie Fierke presents an illustrative analysis centered on the individual, linking the national social trauma surrounding Germany’s defeat in World War One to subsequent domestic political happenings. In doing so, Fierke connects an emotional bodily experience to the state and broader foreign policy ideas.

Expanding on Scarry’s body-centric framework, it is instructive to note that human experiences are not defined by static determinism; the human experience of war often far outlasts the official end-date of fighting. Rob Nixon introduces the idea of slow violence, which refers to an act, often not immediately visible, that produces, “long-term casualties.” This idea was originally conceived in relation to ecological degradation but applies equally to the study of war. Military powers including the US have regularly employed radiological weapons that induce inter-generational cancers and mutations and remain active long after combat ceases. In part due to such policies, Crawford and Lutz estimate that compared to the 7,014 US military deaths in post-9/11 wars, up to 335,745 civilians have been killed – a staggering 1:48 ratio.

In problematizing the dominant conception of war, Nixon suggests war is never definitely over, with the body being the primary site of continued violence and intersecting social relations. These experiences have their own epistemological value, which are marginalized and overlooked by conventional approaches. Any effort to delineate a social phenomenon inevitably excludes certain aspects, but human experiences is particularly conspicuous by its absence from the disciplinary common sense’s abstractions. Theoretical categories, after all, must be grounded in some lived experience. If war is a continuation of politics by other means, we must equally focus on the nature of those means.

The conventional understanding’s state-centric approach also means it theorizes specifically on wars which involve states and tends to overlook so-called small wars, including imperial wars that have had widespread, transcultural impact on global history. France’s colonial occupation of Algeria, for instance, not only led to regime change in the metropole but also formulated a national Algerian identity and created socio-political tensions eventually triggering the Algerian Civil War., The seed of the Vietnam War was arguably sown at the 1919-20 Paris Peace Conference where Ho Chi Minh witnessed the West’s indifference to the Vietnamese people. By viewing the Vietnam War as a Cold War conflict, conventional histories overlook its imperial origins. World War 2, ostensibly lasting from 1939-45, unfolded in various interrelated ways across different regional theatres and spawned a series of anticolonial struggles across Asia and Africa. In fact, through their permanent UN Security Council membership, its victorious powers continue to influence world politics. These ignored, interconnected histories contribute additional economic, military, and cultural dimensions to the conventional Eurocentric understanding of war.

Lastly, Sylvester also makes a critical point about the gendering of the conventional understanding of war as a social institution, with the prevalence of a male soldier – female victim binary. Indeed, combat fighters across locations are not only gendered male, what Cynthia Enloe calls, “militarized masculinity,” but also held to a white, heterosexual ideal.  Nivi Manchandana offers a powerful example of this, demonstrating the othering of male Pashtun fighters in Afghanistan through Western assumptions about homosexuality. Differing gender norms in the region – which see men apply make-up, hold hands, and wear heels even while fighting militarily – are crudely presented as a form of moral depravation, with one New York Times journalist translating “haliq” (loosely “beautiful boy”) as “a boy for sex”.

While the conventional understanding of war may allow policymakers to simplify complex situations and use theories to make so-called rational policy decisions, it overlooks the co-constitutive political, economic and sociocultural relations essential to war and its consequences. In short, security studies overlooks how war shapes identity. These shortcomings can be detrimental to policymakers by inaccurately predicting policy outcomes. Security studies also neglects to account for bodies as critical elements of war that register diverse, interconnected experiences of war over extended periods of time.

War is central to IR theory, and the need to broaden the conventional understanding of war is a matter of the credibility and decolonization of the discipline of IR itself. The disciplinary understanding of war should not reflect the hegemony of the international political system as delineated by Steve Smith (2004), prioritizing interests of the Western core and abstracting the periphery. A redefined critical war studies would complement rather than substitute security studies and, as Barkawi states, result in the conception of the international as a social space distinct from the perspective of a state-centric global system.

Davis, A. E., V. Thakur and P. Vale (2020). The Imperial Discipline: Race and the Founding of International Relations. Pluto Press.

Enloe, C. (1993). The Morning After: Sexual Politics at the End of the Cold War. University of California Press.