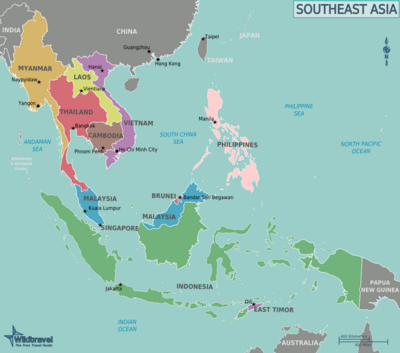 Like a lot of the developing world, Southeast Asia was fairly resilient during the initial thrust of the Global Recession. The region had one of the smallest dips in economic performance, and a few of its countries – Indonesia and the Philippines – even experienced growth. However, its success was not sustained as commodity prices fell and the slumping Western economies reduced their demand for Asian goods. Southeast Asia still fared pretty well though, since it only felt the indirect effects of the finance-based crisis, rather than direct financial instability. Its strength came from the lessons it learned during the Asian Financial Crisis, which prompted the Pacific to rein in and regulate their financial sectors. In addition, strong intra-South trade and China’s market helped soften the blow of declining export revenues.

Southeast Asia’s resiliency to the Great Recession is primarily a product of the 1997-1998 Asian Financial Crisis. In the 90s, the region’s economies were characterized by weak financial institutions, capital liberalization, and above all else, overreliance on risky foreign investments and loans. Foreign investors saw Southeast Asia as relatively safe, especially since its governments signaled a strong commitment to protect financial institutions. Due to the pegged nature of Asian currencies however, the resulting rise in capital inflows raised domestic prices and overvalued currencies. Eventually, like dominoes, Southeast Asian economies collapsed one by one as their currencies adjusted to their proper market prices.

Following the crisis, Asia was determined to become more resilient. To improve their ability to respond to financial volatility, Southeast Asian governments built up large foreign exchange reserves. The banking sector was also extensively restructured so that there would be more government oversight and less risky behavior. Southeast Asian governments restricted lending from banks, especially in real estate, and required quarterly reports to assess bank stability. To rid the financial sector of toxic assets, many nations set up asset management corporations (AMCs). These government-owned corporations bought off non-performing loans in order to mitigate financial insolvency. Some AMCs, such as Malaysia’s Danaharta, even preemptively took over performing loans if the holding banks were not adequately managing their balance sheets, such as by drawing out repayments.

As a result of these reforms, Southeast Asia entered the 21st century with less financial vulnerability. Its reserve surpluses protected it from speculative attacks, while its recapitalized banks could now sustain external economic shocks to a greater degree. This explains the region’s financial stability at the start of the Global Recession; unlike the US and Europe, Southeast Asia did not have unstable bubbles, nor were its private debts unmanageable. Asian financial institutions had also implemented greater risk management instruments since the Asian Financial Crisis, and the rapid growth of the region meant local investors did not have to seek revenue in riskier sources.

The year 1997 however, did not prepare Southeast Asia for the post-Recession decline in global demand and export revenues. This is a big concern, since the region’s economies have been based on export-led growth for the last 30 years. Initially, Asia survived as investors fleeing the Western economies poured capital into its exchanges, while China fulfilled some of the lost demand. Some Southeast nations, like Indonesia, also maintained strong domestic demand; it was nations with more liberalized borders, such as Malaysia, that suffered most from trade decline. Furthermore, trade within the developing world was stable, which contributed to Asia’s initial strength.

Regardless, the US and Europe are Southeast Asia’s greatest importers, so it was inevitable that the region would be affected by declining trade. The trade slump in the Pacific will last longer than the fallout in the West, since even if the US and Europe stabilizes its financial sectors, its demand for Asian imports is not likely to pick up for a while. Global commodity prices have also gone down, which means less revenue from exports, and Japan, Southeast Asia’s greatest investor, has been continuing to decline since the 90s. In order to adapt, Southeast Asian nations should build greater national and intra-ASEAN demand. The upcoming ASEAN Economic Community will help this effort, since it will provide a regional market for final goods. China’s growing consumerist middle class is also a compelling market for final goods. Domestically, Southeast Asia should continue using its large currency reserves to provide stimulus packages, especially in infrastructure (an underdeveloped sector in the region). These measures will help Southeast Asia diversify and reduce its dependence on foreign markets, as well as lower its vulnerability to future external economic shocks.