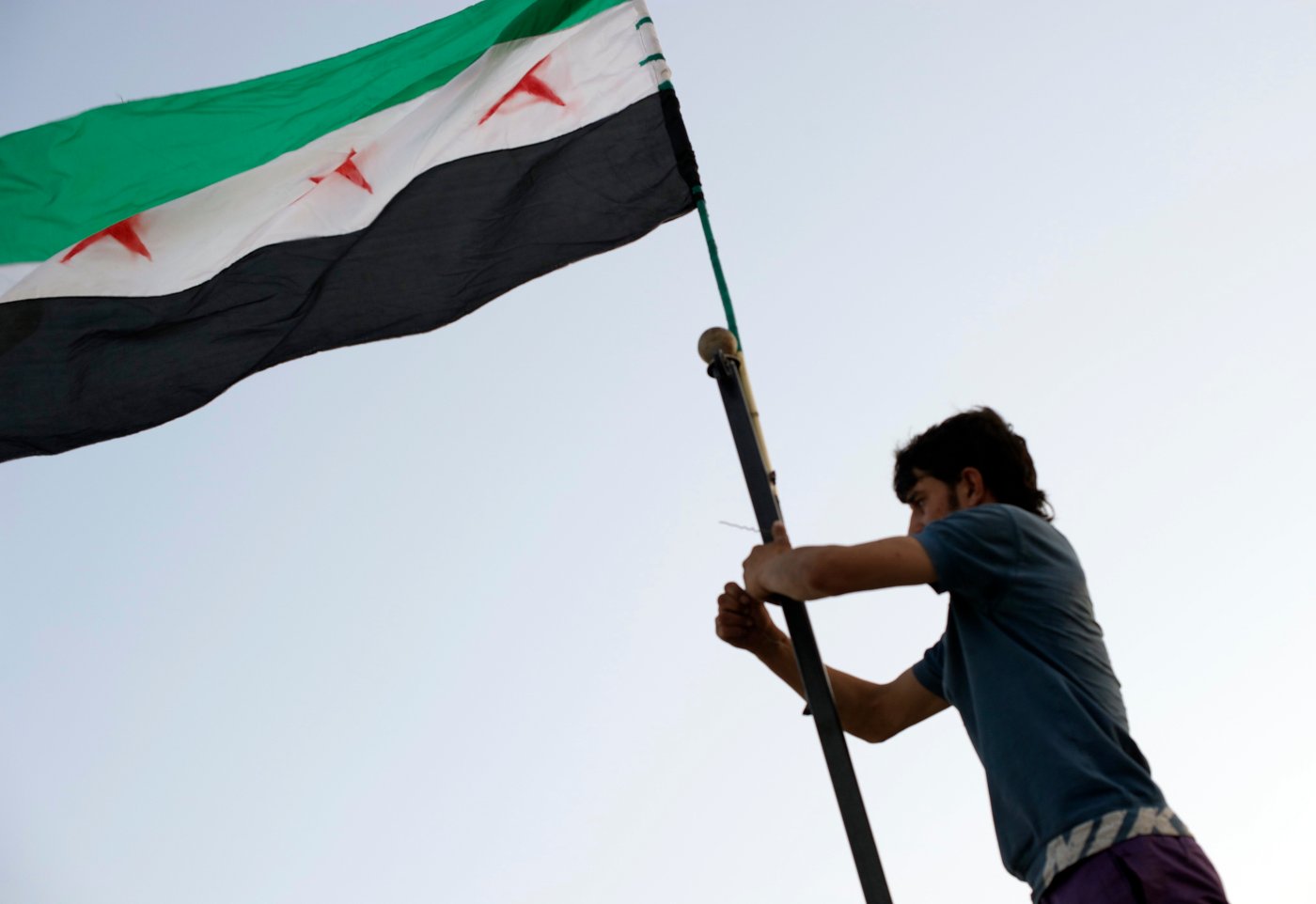 JONATHAN GODOY — The Syrian civil war has also put the Middle East and its geo-politics in something of a precarious position.

For over a year and a half, Syria has been engaged in a bloody and unceasingly violent civil war. Beginning on the onset of the Arab Spring, the civil war has brought an already impoverished and destitute country into a state of complete mental and physical dilapidation.  The latest estimates of total civilian causalities total upwards of 40,000 as the President Bashar al-Assad and his forces have shown no signs of letting up on their vicious assault or carrying any remorse for the collateral damage inflicted by “strategic” strikes.

In addition to rattling an already desolate state and bringing it to the verge of collapse, the Syrian civil war has also put the Middle East and its geo-politics in something of a precarious position. Countries’ alliances are being redrawn, based on their respective position on the war, and the aspiring power-players have sought to take an increasingly active role in the conflict. Of note is Turkey’s role in the civil war, standing against Assad’s regime and actively and openly assisting the rebels militarily with weapons and air power. Seen as a rising regional power, Turkey has taken this opportunity to try and assert itself as something of a hegemon in the Middle East. Russia, on the other hand, has decided to stand by the tyrannical regime and, as late as this past summer, was caught sending supply shipments of weapons and resources to Assad’s military. The Iranian government has, unsurprisingly, stood by in support of its longtime ally Assad, amassing troops and sending them to Syria to assist in the rebellion suppression.

It is clear that the Syrian war has set up something of struggle for the balance of power in the Middle East, on a scale not seen since the Cold War. Meanwhile, The United States has been noticeably absent from taking any initiative in this conflict and has largely steered clear of becoming entangled in the situation. For reasons not fully clear, the Obama Administration has deferred judgment to the international community, namely the United Nations and its cavalry of incompetent diplomats, on the issue and left them to resolve the situation “peacefully,” whatever such a conclusion entails. Though the actions are not surprising considering President Obama’s past actions regarding intervention and his overall worldview, it still stands as an abhorrent lapse in judgment, given the circumstances. The effects of the removal of President Assad would have reverberated far beyond the Syrian borders, harming Iran in weakening its Middle East alliance network and cutting off its strategic connection to the Mediterranean Sea and severing one of Hezbollah’s major sources of weapons and support. Quick action would have likely limited Al-Qaeda’s now increasing involvement with the rebel movement and left hopes of establishing a more stable, legitimate government. Not to mention the fact that a quick removal of the Assad regime could have improved the overall security of the Middle East and eliminated one of Israel’s closest enemies.

Despite the obvious benefits of ending an Assad regime quickly, the Obama administration has refused to become even minimally engaged in such efforts and the international community, as a whole, has largely taken the same path. The ramifications of this inaction are huge. From the humanitarian perspective, this decision has likely cost the lives of thousands of innocent Syrian men, women, and children. The high and mighty humanitarian goal that President Obama touted in his justification for intervention in Syria seems all but nullified with his reaction to Syria.

In lieu of the great casualty cost imposed, the United States’ indecision has likely limited their influence within the region and diluted its overall power and prestige. Since the end of the Cold War, for better or for worse, the United States has stood as the major promoter of freedom and human rights, engaging itself in several low- to mid-level conflicts over the years that bore few, if any, national security implications. Indeed, President Obama himself seemed keenly aware of this fact, and though most likely personally against adopting such a position, begrudgingly accepted this role as an acceptable means of conduct in world affairs. In his speech at West Point following the implementation of the no-fly zone over Libya, the president reaffirmed his belief in this notion, stating, “We have to see that horizon, and to get there we must pursue a strategy of national renewal and global leadership. We have to build the sources of America’s strength and influence, and shape a world that’s more peaceful and more prosperous.” But it seems as if the generalized criteria of the so-called “Obama Doctrine” outlined during this speech are not broadly applicable or, arguably, seen as legitimate by the administration. The specifications given in that speech entail that the United States should become vocally involved in this Syrian conflict. However, what this Syrian inaction highlights is the greatest myth perpetuated by the Obama Doctrine – the idea that there is one.

The policies pursued by this president, and likely to be maintained over the next four years, expose him to be an undisciplined, if not, spineless commander-in-chief. Libya stands as the lone example of the belief in legitimate military prowess, but even that engagement showed the limits of his willingness to exercise the United States’ military power. For one thing, the Gaddafi regime posed no legitimate national security threat to the United States. Its days as a terrorist sponsor were long-gone and Libya existed as little more than a heavily impoverished, tyrannically ruled wasteland. Syria holds much more important in an immediate sense, both on a humanitarian and national interest front, and yet the administration remains mute. Also noteworthy during the intervention in Libya was the fact that the United States largely followed the lead of the United Kingdom and France in implementing this policy. Prime Minister David Cameron became the most vocal and public supporter of the no-fly zone and seemed to have led much of the negotiations within the Security Council and beyond. The United States’ essential role was mainly limited to supplying resources and manpower. Beyond that, President Obama was late to the game, so to speak, and showed no initiative in leading this multilateral coalition.

But besides Libya, where else has the Obama administration come down hard on enemy regimes and their genocidal crusades? The answer is quite simply nowhere. Syria is only the latest example in this great disappearing act. Flashback to summer of 2009, during the Green Revolution in Iran, and one will find an American president that remains relatively mum whilst the government of the country’s greatest national security threat hangs in the balance, close to total collapse. President Obama issued no support, morally or otherwise, during this time. His greatest act of faux unity came two weeks after the protests had begun during a forced press conference held while on vacation in Hawaii. It is astonishing that the president could not so much as publicly lend his support to the Iranian people while they tried to topple the dictatorial rule of Ahmadinejad. At this crucial moment in time, the United States wavered on its national security and humanitarian duties in favor of unfathomable silence. The results were regrettable, yet predictable: Ahmadinejad’s rule continued as did their pursuit of a nuclear weapon. President Obama’s pitiful approach likely cost the United States its greatest chance of eliminating this nuclear threat without the use of physical force.

The Arab Spring all but confused the president’s standing even more. With a resoluteness and quickness not seen during the Iranian revolution, President Obama came out and openly threw his support behind the Egyptian protestors. However, the rapidity of his response ultimately proved unwise. The situations presented the United States with two distinct and irreconcilable circumstances. In Egypt, President Mubarak, while a dictator, was generally considered a strong U.S.-ally in the War on Terror and was far from being a considered a national security threat. On the contrary, the U.S. sent $1 billion in aid annually to the country’s military and President Obama gave his now infamous Middle East foreign policy speech in Cairo. Iran proved to be just the opposite, with a government diametrically opposed to the United States’ interests in the region and an erratic dictator at its helm. Likewise, it was clear from the onset that the Iranian revolutionaries were pro-West and upheld the notions of individual freedom and rule of law, ideas not yet embraced by the Egyptian electorate. Considering these facts, it is clear that the president’s respective reactions ultimately went against the United States’ interests. The idea of a coherent set of principles guiding an Obama Doctrine is all but invalidated with these policies. In fact, should one use these examples to extrapolate a general idea of what the Obama Doctrine entails, there is only one concept that remains clear:  the United States should only engage itself in conflicts that carry few, or may work against, its national interests and refrain from becoming involved in struggles that would assist it. If nothing else, the reactions to the two scenarios leave severe doubts on his ability to adopt the correct foreign policy measures.

In the present case, Syria provided the United States with a means reverting the latest trend and reasserting itself as a dominant geo-political force in the region. If it was willing to take the initiative on leading a coalition of Western and concerned Middle Eastern states in assisting the rebels through logistical and moral support, then it seemed likely that the Assad regime would have collapsed and Iran would have been left in a significantly weakened position. Yet, true to his beliefs, President Obama led from behind and demurred on action. Unfortunately, now the clear benefits of benefits are muddled and opaque. The year of inactivity has allowed for Al-Qaeda and other radical forces to gain a stronghold in the region, assisting the rebels in their fight. Should they ultimately prevail in this struggle, a Syrian government is likely to be less sympathetic to the United States and Western values than it would have otherwise. Arguably, such an outcome is still preferable to a maintenance of the status quo and the case for aiding the rebels is still strong. Indeed, much of the situation is still in a flux and Al-Qaeda’s imprint in the region is ambiguous and spotty, at best. Should the United States seek to intervene at this moment, it could, with proper management and conduct, win over the hearts and minds of the rebels and help install a legitimate, generally pro-West government. However, the country’s delayed reaction and continued hesitation for intervention seem unlikely to change and have irrevocably left the prospects of a smooth, beneficial transition significantly diminished.